No words…. But do bethink yourselves, these monuments have withstood the onslaught of various peoples for thousands of years. Not Alexander the Great, nor the Romans, or the original Muslim invaders, or the Mongols, or any of the other hordes of often brutal marauders who have had their way with the region, ever thought to destroy them. And now they’re gone forever. Here for the past thousands of years. Gone today. Enjoy them in art books or documentaries, if any there be. 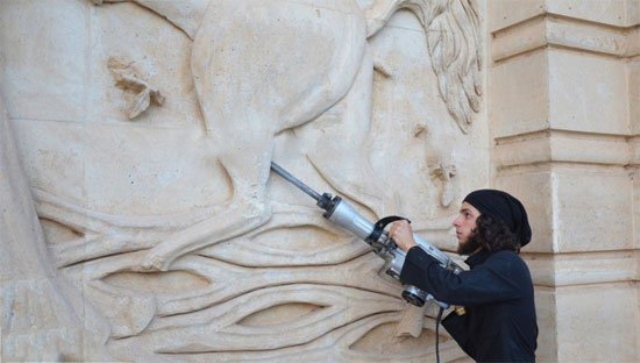 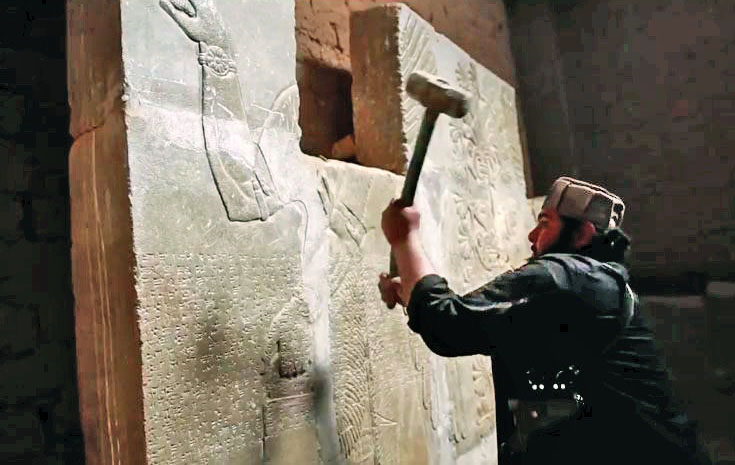 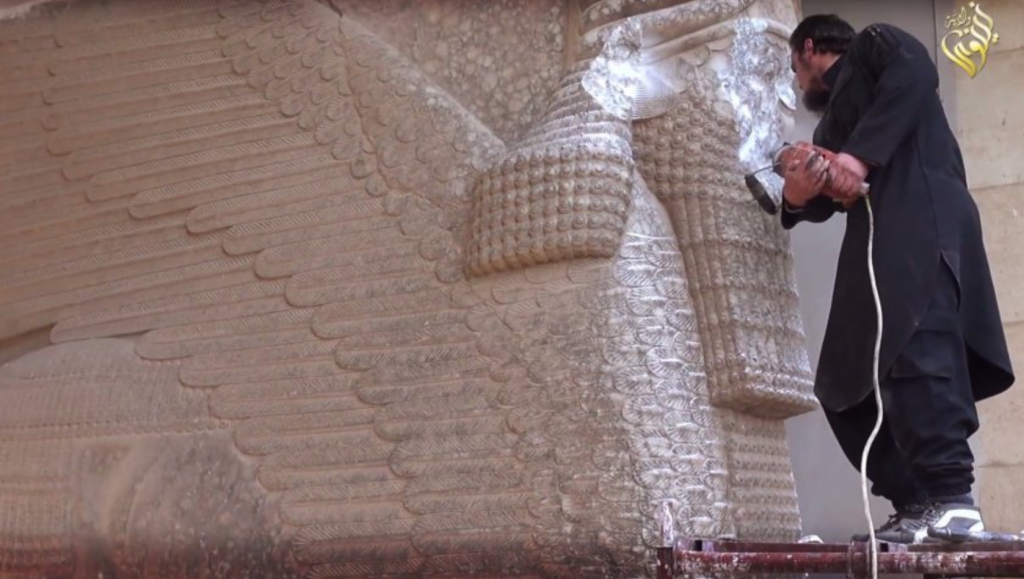 Having failed in all my attempts to trim down this video into the interval of interest, that is, between its 9th and 14th minute, I’ll embed the whole thing and trust that you can make it through the boring claptrap until the conversation starts to get interesting. This is one of the last interviews William F. Buckley, Jr. ever gave—hence of some interest in that regard alone. In it, Charlie Rose comes across annoying and obtuse, interrupting the elderly Buckley with specious remarks and irrelevant questions. But, then again, that’s something he does to all his guests. Buckley sounds gloomy and exasperated, yet candid. This late in his life, there must have been little point to keeping on a mask. So the truth slips out. The war in Iraq, the politics around it, the nation building that goes on there—all of it is a Crusade to him. And he laments the failure of the Americans to match their jihadist antagonists in fervor and conviction toward this holy war. The transcript, as far as I can make out, goes something like this:

William F. Buckley, Jr.: “There are distinguished people of that faith [Muslim] who are … very reluctantly engaged in the Iraq-type offensive. However, in order to counteract that offensive, satisfactorily, it is required that we be enthusiastic about what it is that we are defending.”

Charlie Rose: “… that we are defending, and what values we represent.

Charlie Rose: “I don’t either.”

William F. Buckley, Jr.: “The whole notion that Christian civilization is challenged, and therefore, ‘we regret it,’ …”

Charlie Rose: “But do you just say Christian or do you say Judeo-Christian civilization?”

William F. Buckley, Jr.: “Well,.. uh, I am sensitive to the point that you’re are making. I think it’s exaggerated, since there are only 5 or 6 million Jews in the area that we’re talking about. The civilization that we want to defend is, of course, Judeo-Christian, but in terms of enthusiasm for the enterprise, it’s the Christian alternative that we need to get enthusiastic about.”

Charlie Rose: “Since the campaign is run by George [W.] Bush and others, there’s been much criticism of religion in politics, and too much religion in too many political campaigns. Do you think that’s true? … [irrelevant gibberish cropped for brevity’s sake—ed.] What is absent is tolerance?”

William F. Buckley, Jr.: “I think it’s true that there are tendencies, as there always are, to cooptation. A lot of people who are against the movie Deep Throat will convert that into a crusade involving Christianity. But in answer to the specific question, I don’t think there is too much of it at all. I think there’s much too little of it.”

William F. Buckley, Jr.: “The animating thought of our love of country and our love of freedom is religious. By which I mean that it is scriptures which are religious in origin that impel us to believe, for instance, that all man are equal. That impel us to feel a responsibility for our brothers. And a weakening of our understanding of that mandate is translated into unconvincing activity. I don’t think that a lot of these people who are committing suicide in Iraq have any deep sense of the notion that America … that,.. the American offensive, is based on deeply religious principles, on deep conviction. That…”

Charlie Rose: “As you know, the most extreme opponents of the war would say that it wasn’t based on deeply religious principles. It was based on two things: one, whatever ideals of Wilsonian democracy. And if you can nation-build in the center of the Middle East, we’ll have some geo-political effect. And in addition to that, it was based on the principle of,.. er,.. on economic concern, about oil.”

Charlie Rose: “It had nothing to do with religion.”

William F. Buckley, Jr., smiling: “Well, it does in a sense. By which I mean: we want oil because oil is a very useful natural substance. But we also want it because it permits us to live the kind of life we choose to lead. … I think our attachment to our freedom to live as we choose to live has very very deep roots in Christianity. And that to the extent that these roots are ignored, we tend to be less convincing as contenders than we have a right to be.”

I know not where to begin. But commentary would be superfluous here anyway. What can I say? William F. Buckley, Jr., good riddance. If among those of your political persuasion you were worthy of the highest esteem, one can only shudder at what notions your less enlightened fellow travelers might hold.